August 5, 2020
This year, the COVID-19 has swept the world, and the world economy has been hit hard. However, in the rough seas, China's economy has shown strong resilience and potential. Within a few months, various economic indicators have stabilized and improved. Economists believe that China's sound industrial chain, supply chain and production system, huge market demand, supply side structural reform and the construction of new kinetic energy are the key factors.
Novel coronavirus pneumonia, China's toy industry, is also developing vigorously to cope with the impact of the new crown pneumonia epidemic on the industry. 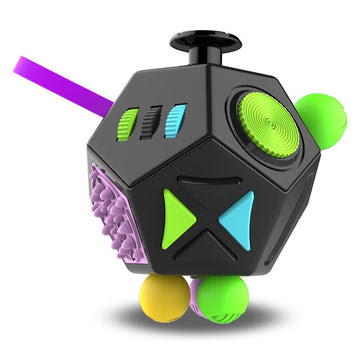 Novel coronavirus pneumonia has been effectively controlled in China after six months of strict control and strict control. All industries have basically resumed their work and resumed production. The exhibition industry is also under the guidance of government departments. The novel coronavirus pneumonia, the thirty-second International Toy and educational products exhibition (Shenzhen), the Eleventh International Children's car and mother child products (Shenzhen) fair and the 2020 international licensing and derivatives (Shenzhen) Exhibition (hereinafter referred to as the Shenzhen international toy exhibition), were released after 6 months of the August 6 to 8 days. Shenzhen International Convention and Exhibition Center (Bao'an New Museum) is held to invigorate the market after the toy industry returns to production!
Low spirited China has novel coronavirus pneumonia and the global trade protectionism has been overthrown by the economic downturn, the outbreak of new crown pneumonia and the rise of international trade protectionism this year. China is the world's largest toy producer and exporter, and more than 70% of the world's toy market is made in China. As an export-oriented industry, the impact is obvious. In the first half of the year, China's toys dropped by 9% year on year. According to the reporter's understanding, foreign trade orders of many toy enterprises have been cancelled or shelved this year. In July, according to the requirements of the Research Office of the State Council, the production and operation situation of enterprises conducted by Guangdong toy association showed that 63.6% of the surveyed enterprises reported insufficient production orders, and the shortage of orders was generally up to 30%. The production capacity of Guangdong Toys accounted for 70% of the country, which was quite representative.
In order to break the dilemma, toy enterprises are actively looking for breakthroughs and making efforts in the cross-border e-commerce field. Not only has the sales of toys on traditional cross-border e-commerce platforms such as Alibaba, Amazon, eBay and express express increased significantly, but also new e-commerce channels such as youtube, Facebook, tiktok, wechat and microblog circle of friends have sprung up. Some enterprises sell 10000 sets of logs in one minute through the Internet.
The proportion of cross-border e-commerce in China's foreign trade import and export continues to rise, which makes a significant contribution to the stability of the basic foreign trade market. The government departments fully affirmed and supported this new situation of foreign trade. With the help of various aspects, cross-border e-commerce transactions of various commodities, including toys, were active. According to the data of the General Administration of customs, in the first half of this year, the import and export of Customs cross-border e-commerce supervision platform increased by 26.2%, of which exports increased by 28.7%, and imports increased by 24.4%.
Toy manufacturing power status will not change in 20 years
After China's novel coronavirus pneumonia outbreak, some Western politicians advocated the return of manufacturing industry. In February, India increased the import tariff from 20% to 60%.
In this regard, Li Zhuoming, President of Guangdong toy association, said that China's toy industry has accumulated strong advantages after decades of development, which are mainly reflected in several aspects: first, a strong industrial chain supporting. From raw materials to accessories to finished products, can be one-stop solution in China. China's developed land, sea and air transportation network and stable political and economic environment provide guarantee for it. Second, the labor quality is high and the production efficiency is unmatched. China's industrial workers are hard-working, well-trained and highly disciplined, and their labor productivity is extremely high. Third, the production technology is advanced. Especially in Guangdong, the production technology of toy enterprises has been in the leading position in the world. Some advanced CNC machine tools, such as CNC digital processing center, reading machine, laser rapid prototyping machine and engraving machine, have been widely used by large and medium-sized enterprises, and the degree of automation in the industry has been continuously improved. Fourth, scientific management and strict system. Modern toy factory management involves a wide range of aspects and requires meticulous. A few years ago, Hasbro, Mattel, Disney and other international brand enterprises have transferred some orders to Vietnam and other Southeast Asian countries, but due to quality control and production technology problems, many products can only be returned to China for production. The management advantages of Chinese toy factories can be seen.
President Li Zhuoming said with great certainty that China's toy industry will be able to successfully upgrade and transform, break through the restrictions of OEM production, and develop into a compound modern toy manufacturing industry. It is not easy for other countries to replace China in the short term. China's status as a toy manufacturing power will not change in 20 years.
Back to news
Use left/right arrows to navigate the slideshow or swipe left/right if using a mobile device